World’s third most selling smartphone company Huawei’s sub-brand Honor is all set to launch its new budget phone Honor 8X India. The Honor 8X Price and Specifications are covered here with the Global variant. The  Honor 8X and Honor 8X Max were first launched in China. Now the Honor 8X India launch is set for October 16 in New Delhi. The brand is playing smartly as that would be the time for the festival in India. The phone has to highlight  features as :

The launch event for Honor 8X is et in New Delhi on October 16. There is no pricing detail for Honor 8X India but we have the price from Chinese variant. The price set is CNY 1399, CNY 1599, and CNY 1899 for 4/64 GB, 6/64 GB, and 6/128 GB variants respectively. If we convert this pricing to INR, we get Rs 14900, Rs 17100 and Rs 203000 respectively. The Indian price and Chinese price are assumed to be at par for most of the smartphones. But this time Honor India needs to be careful with the pricing as there is stiff competition in the market. 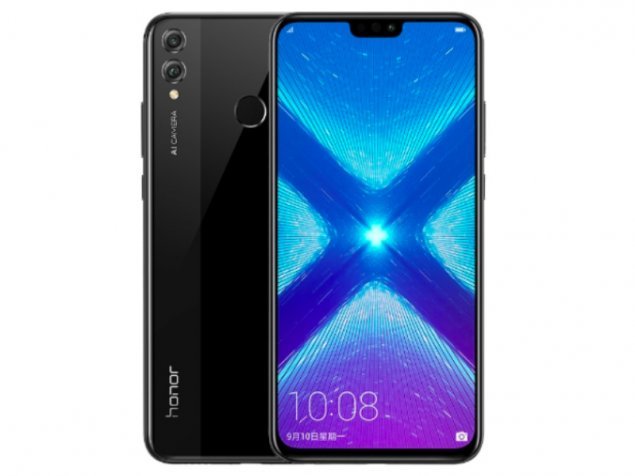 The Honor 8x comes with a 6.5 inches full HD+ Display with the resolution of 1080×2340 pixels. This is a TFT IPS Display with a 19.5:9 aspect ratio and a pixel density of 397 PPI. The phone runs on custom UI EMUI 8.2 along with the Android Oreo 8.1. Coming to the hardware part, the Honor 8X is powered by HiSilicon Kirin 710F Soc. There are two Ram options and two storage options but three variants in total. Firstly with 4GB Ram and 64 GB storage, 6GB Ram 64GB storage, and the higher variant with 6GB Ram and 128GB storage. All the hardware is getting power from a 3750 mah battery. The Honor 8X India has Dual Sim Support and an iPhone X style Notch while the 8X max has a waterdrop Notch.

The new budget phone from Honor has a Dual camera set up in the rear. The Primary camera being of 20-megapixel  with a f/1.8 aperture and a 2-megapixel depth sensor. There is a LED flash in the back. In the front, it has a 16-megapixel sensor with f/2.0 aperture.

honor also launched the mid-range Honor 8X phablet Globally in Dubai, UAE, Spain and will come to markets like Malaysia, Russia, Czech Republic and Thailand. To be specific the phablet will arrive in Kuala Lumpur, Malaysia on October 9, Moscow, Russia on October 10. In Prague, the Czech Republic on October 11 while October 24 is the date for Bangkok, Thailand.

Huawei is very smart when it comes to competition but they have to be very cautious this time. Previously they used to compete against Xiaomi but now we have Realme. realme is just making it tougher for competitors. Now Honor 8X India price has to be lower than realme 2 Pro to be competitive enough in the market. The Honor 8X is running on the Kirin chipset 710F while phone like Realme 2 pro and Mi A2 run on Snapdragon 660 processor by Qualcomm. there is GPU Turbo part too when it comes to Honor phones.