Smartron, India’s first global technology OEM today announced the launch of the next-generation of its multifunctional laptop, the tbook flex. Running on Windows 10 it automatically switches between laptop and tablet mode for a seamless experience. The two-in-one laptop will be available for Rs 42,990 and Rs 52,990 for the “m3” and “i5” versions, respectively, on Flipkart, starting May 13.

It comes with Type-cover Keyboard that connects to laptop using magnetic pogopin connector. This keyboard also got Backlit Keys and the laptop comes with P2P Trackpad. It also comes with 5 megapixels rear camera and 2 megapixels front camera.

Connectivity options on the device include WiFI 802.11 a/b/g/n/ac, Dual Band, Bluetooth 4.0, 2x USB 3.0, SD Memory card slot, and 1x Type C USB Thunderbolt 3. Audio features include DMIC with noise cancellation and 2x1W integrated speakers. Being a hybrid the tbook flex can be easily switched from laptop mode to tablet mode. The tbook flex will be available in Orange-Grey and Black Grey colors combinations.

While the tbook Flex offers portability and the option to watch videos, shows, movies among other things, don’t expect the 2-in-1 to manage performance and graphics-intensive tasks well. You’ll need more power under the hood for that.

It looks good, but it doesn’t integrate with the tablet as seamlessly as we’d like. For starters, the Windows soft keyboard doesn’t pop up automatically when you tap a text field and the physical keyboard isn’t connected, which can be frustrating for people who don’t know which menu to find it in. We also took for granted that the keys and trackpad would deactivate when the cover was folded over backwards, but this has to be done manually and individually using Fn keys. We also found that on rare and intermittent occasions either the keys or trackpad would stop responding, and the only remedy was to physically disconnect and reconnect the cover. 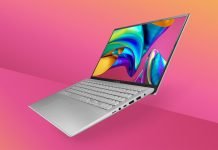 Netflix Launched Mobile Only Plan in India at Rs. 199

Micromax Launched their Android TV’s in India, Price and Features