Huawei’s upcoming flagship phones are going to set up a new benchmark in the industry with the features we haven’t seen in the phones. The Huawei Mate 20 is going to be a triple camera phone with massive battery and shocking price.

The Mate 20 is expected to have three Ram options viz. 4GB, 6GB, and 8GB. together with three Ram options, the triple camera phone of Huawei is going to have probably four storage variants from 64 GB to 512 GB. The upcoming flagship phones of Huawei will be launched on October 16 in London. This will be a Global launch but things would be clear there about Indian launch. The expected starting price for Huawei Mate 20 is EUR 750 meaning around Rs 64000. While the Mate 20 Pro is expected to launch at EUR 850 (roughly Rs 72000). 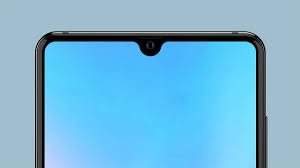 The Huawei Mate 20 will feature a 6.43 inches full HD+ TFT LCD Display. It is an 18.7:9 panel with the resolution of 1080×2244 pixels. There is a Notch spotted on the top which is a tiny Waterdrop Notch. it is becoming a new trend now, most of the flagship phones feature a waterdrop notch. These upcoming flagship phones of Huwaei also continuing the trend. There is the tiny notch but fingerprint sensor is placed in the back seen in leaked images of Huwaei Mate 20 and Mate 20 Pro. Still, there are chances that Huawei may give us in-display fingerprint sensor.

the upcoming flagship phones Huawei Mate 20 and Mate 20 pro will be running on octa-core HiSilicon Kirin 980 Soc. The Kirin 980 is a 7nm processor and is the first processor based on 7nm technology. Apple also continues the 7nm trend in its new phones. this will be paired with three Ram options viz. 4GB, 6GB, and 8GB. Also, there will be 64GB/128GB/256GB/512GB of inbuilt storage which is going to be a UFS 2.1 storage. The Huawei Mate 20 is expected to bear a 4000 mah battery to power this setup. Not sure about Mate 20 Pro but Huawei Mate 20 is rumoured to retain the headphone jack. Just like the Mate 20 Pro, Huawei Mate 20 will be a triple camera phone. There is no much detail available about the camera sensors but the Primary Camera will be of 40-megapixels. The 40-megapixel Primary sensor of Huawei Mate 20 hopefully does the justice of camera in the flagship phone. The upcoming flagship phone by OnePlus, the OnePlus 6T is also rumoured to have triple camera setup in the rear. There are also reports saying that the phone might feature four cameras.

What do you expect from these upcoming flagship phones of Huawei?