At an event in China which happens last month, Gionee launched couple of new handset and all of these come with full view display – F205, M7 Mini, M7 Plus, S11s, S11 and S11 Lite. M7 Mini and M7 Plus are variants in M7 series and today Gionee launched Gionee F205 and Gionee S11 Lite in India

The F205 phone is fitted with a 5.45-inch HD+ FullView display. The MediaTek MT6739 SoC along with 2 GB of RAM powers the smartphone. The internal storage available on the F205 is 16 GB. It is packed with a 2,670mAh battery. For photography, it features an 8-megapixel rear camera and a selfie camera of 5-megapixel. It comes in color choices like Red and Gold. The Gionee F205 has been priced at Rs. 8,999 in India. It comes in Rose, Gold, Black, and Blue colour variants. the S11 Lite sports a 5.7-inch HD+ display carrying a resolution of 720 x 1440 pixels and pixel density of 282 PPI. Internally, it has the Qualcomm Snapdragon MSM8937 SoC, which is also known as Snapdragon 430 chipset. The chipset is clubbed to 4GB of RAM and 64GB of internal storage. It’s backed by a 3030mAh battery. The Gionee S11 Lite sports dual rear camera setup of a primary 13MP sensor with f/2.2 aperture and a secondary 2MP sensor for adding depth effect to the images. A 16MP front-facing camera is present on the front. The Gionee S11 Lite will be available at Rs. 13,999. It comes in Black, Gold, and Dark Blue colour models and will start shipping by the end of next month. 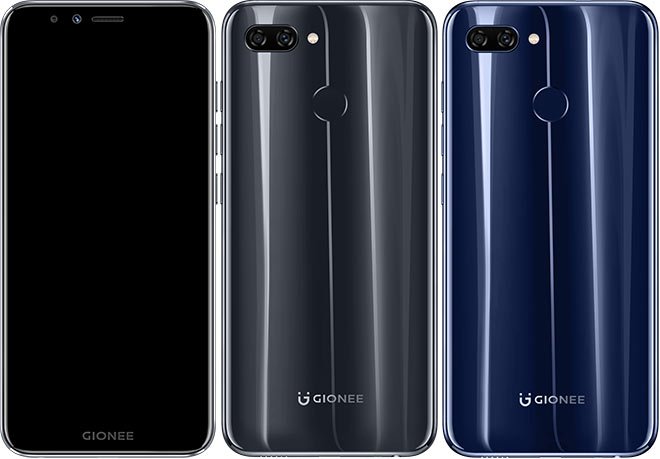