The Global Redmi Note 6 Pro is listed in four different colour options Black, Blue, Rose Gold, and Red. The price Redmi Note 6 Pro mentioned on AliExpress is between $193.99 to $218.99. If we convert this price to INR, the price is Rs 14100 to Rs 15900 in India. This gives us the indication of the price after official launch to be somewhere Rs 15000 mark in India. The retailer is not shipping the Redmi Note 6 Pro to India but it is available in major markets like UK and US. The estimated delivery time mentioned is 60 days. 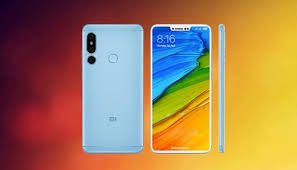 The key specifications mentioned on the website are a dual nano sim with MIUI 9 running on top of Android. The Redmi Note 6 Pro has a6.28 inches full HD+ Display with the resolution of 1080×2160 pixels. It mentions as the display is an 19:9 panel however with the given resolution it should be a 18:9 aspect ratio panel. The listing includes a Qualcomm Snapdragon 660 Soc with 3Gb of Ram and 32GB of storage. Previously it was claimed as the Redmi Note 6 Pro will be running on Snapdragon 636 with 4GB ram and 64GB of storage. It is powered by a 4000 mah battery.

Also read – Realme 2 A notch above 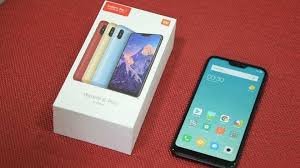 This is all mentioned on the AliExpress website but most of the specifications seem fake. We don’t know whether it is real or not but this is our opinion only to assume it to be fake Redmi Note 6 Pro. Firstly, there is no official announcement from Xiaomi about Redmi Note 6 Pro. Actually, the predecessor to the Redmi Note 6 Pro was launched in 2018 itself, so we expect the next generation of Note series in next year. But people can argue that the Redmi 6 launched in the same year. So we can leave this part but still, there are points against the listing.

Specifications include an 19:9 panel with the resolution of 1080×2160 pixels but it’s just the 18:9 panel.  Here is the first doubt, how to give 19:9 aspect ratio display with the resolution of 1080×2160 pixels. Then there is the Snapdragon 660 which is acceptable as it is an upgrade over the last generation. But how 3GB Ram? if the previous generation of Redmi Note 6 Pro had 4GB Ram as the base variant. And now 3GB Ram in the successor to the Redmi Note 5 Pro.

Whether its fake or real we leave to you. Do let us know