Why Apple not shipping iPhone XR in September?

Pre-orders for budget iPhone XR will start from October 19 while the shipment will start from 26th of October. This means at the end of October probably one and a half month later from now. As per a report, The Verge, market researcher IDC has claimed that the delay in shipment is due to a hardware issue in the phone. Ryan  Reith, IDC’s Vice President of Research on Mobile devices stated that it is for the first time a notch and full screen is used in LCD Displays. The other two phone iPhone XS and iPhone XS Max use OLED panels which are easy to bend. But it is a challenge to make the bezel-less design for iPhone XR with LCD panels. 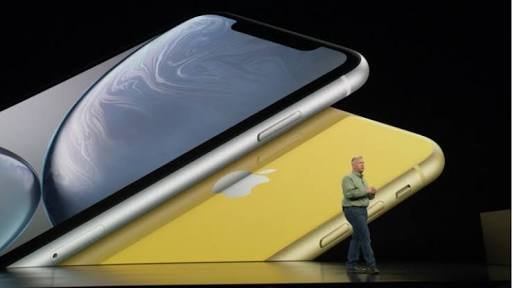 It was a last minute contract for Apple to get LCD panels. Apple could not get enough of LCD panels from the manufacturers. It was a last minute decision. Also, they have to bend the LCD Displays which isn’t an easy task. Apple decided to add a notch to the top of these Display panels like the iPhone X. They had to cut the display in a notched shape. All this resulting in a delay to complete the manufacturing process of the iPhone XR.

There are a few more reports saying that Apple is shipping iPhone XR next month just to make extra profit. Together with the budget iPhone XR, Apple also introduced its new generation of phones as S series. Now Apple wants to make more money with iPhone XS and iPhone XS Max. People waited for a year for the new iPhones and Apple wants them to go for the iPhone XS and iPhone XS Max. Resulting in more profit to Apple as the price difference between the iPhone XR and Xs is so huge. The price difference is so huge that one can buy another flagship phone like Oneplus 6 and Asus Zenfone 5Z.

We don’t know why exactly the delay is but the delay is. So it might be that there is actually some issue on hardware part or Apple just wants to make extra money. This might result in more wait for those who are looking to buy the iPhone XR. Actually, Apple wanted more people to buy the budget iPhone but the pricing does not look like to be budget. There is a 6.1 inches LCD Retina Display with the resolution of 828×1792 pixels. The Display panel has 120Hz touch sample rate as well as Truetone support. There is a notch on top of the display same as the iPhone X last year. This time all the iPhones support dual Sim with the second sim as e-sim. The iPhone XR is powered by Apple’s A12 Bionic chip which Apple claims to be 50% faster than the previous generation.  It has a 12-megapixel sensor with f/1.8 aperture together with quad-LED True Tone flash. The camera also gives you OIS and Focus pixels. In the front, it has a 7-megapixel camera with f/2.2 aperture.

Do let us know what do you think why Apple is not shipping the budget iPhone XR this month. Are you really interested in this new budget iPhone?