Google recently announced the launch of Android-Q in I/O event in California. Google revealed all top features of its dominant operating system – Android 10.0 Q. There are 2.5 billion Android users said search engine giant. Some features ensured that they would change the level of interaction between current & future Android Users. To name a few highlights there are many. For instances 5G connectivity support, foldable phones support, on-device AI, the prominence of privacy and improvements on digital well being as well.

And if somebody is still unaware of the progress of Android running systems, Google has already launched Android-Q developer’s build, a couple of months ago. And now Google has announced the third beta version of Android-Q. Some big companies like Huawei, Xiaomi, Sony, One plus, etc. are eligible for the latest beta version of Android-Q. Google Pixel devices will be the primary devices to get the update of the new Android beta version. Including new Pixel 3a and Pixel 3a XL devices, Search engine giants latest midrange phones announced at Google I/O.

Foldable phones will get the support of Android-Q. Many big companies going to launch foldable phones. And this is the sole reasons Google is working on Android Q screen continuity.
The screen continuity feature will allow a seamless experience no matter on which screen the consumer is. Like if you’re playing a game on the folded screen and you unfold it to see the gameplay on the larger screen. Screen continuity will help you get a seamless experience without any latency issues. 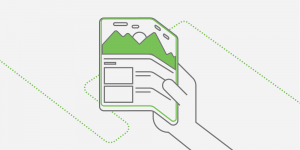 This year many companies plan to launch their 5G enabled devices, so Google confirmed Android Q would support 5G. For example, Samsung announced its S10+ with 5G enabled services. And now OnePlus launched its One Plus seven device this month with 5G support. Google at the event had further started more than 20 carriers across the globe are said to be launching their 5G services this year. And also confirmed more than a dozen Android OEMs would be starting their 5G-enabled devices. 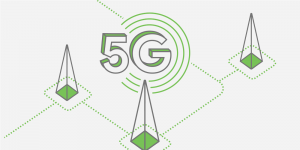 We all knew it is going to happen this time and this decision is the most awaited decision of all times. Dark Mode with the latest beta version of Android Q. Android users can change their interface mode through settings selecting Dark mode or by quick setup, or by allowing battery saver mode as well. The dark face will be helpful to the eyes and will enable theme developers to develop dark style themes.

Screens are more prominent as compared to the devices years ago and this urges the customer to use their screen fully. Henceforth, the latest Android Q beta has an option to enable the primary gesture navigation.

Google competes with Apple and this feature allows Android Users to have more screen real estate. If you enable this feature, you will get a tiny bar to take you to the home screen, If you swipe up and hold the touch you will see the multi-tasking window. The familiar back gesture is made by swiping from the edge of the screen, regardless of the app.

Apart from these significant new features in Google’s latest Android Q and many improvements done by Search engine giant includes security improvements, dynamic depth for photos, internet & Wi-Fi connectivity improvements and many more. As stated earlier, alongside the new Android Q, Mid-range phones revealed by Google – the Pixel 3a and the Pixel 3a XL, starting at Rs 39,999 in the Indian markets. Users will get the full released version after this fall. So, what do you think of these new Android Q features? And also guess what ‘Q’ might be named. Do let us know in the comment box below and stay tuned to Daily Techie News for such tech news.