Acer has tied up with Marvel Studios for the launch of three special edition laptops in India, which are inspired from characters from the upcoming movie, Avengers: Infinity War. The laptops include the Captain America Edition of the Aspire 6 which is priced at Rs. 63,999; a Thanos Edition of the Nitro 5 at Rs. 80,999, and an Iron Man Edition of the Swift 3 that costs Rs. 79,999. All three laptops will be available through offline stores like Croma, Reliance Digital and Acer Exclusive stores starting April 20. You’ll also be able to find them online exclusively on Amazon India from April 23. This gaming laptop On the lid is a portrait of Thanos using the IMR (In-Mold Roller) technology for a durable finish. Other specifications include a 7th generation Intel Core i5-7300HQ CPU, 8GB DDR4 RAM that can be upgraded to 32GB, Nvidia GeForce GTX 1050 with 4GB GDDR5 VRAM, 128GB SSD, and a 1TB hard drive. You get a 15.6-inch Full HD IPS display and two exhaust fans with Acer’s Cool Boost technology. 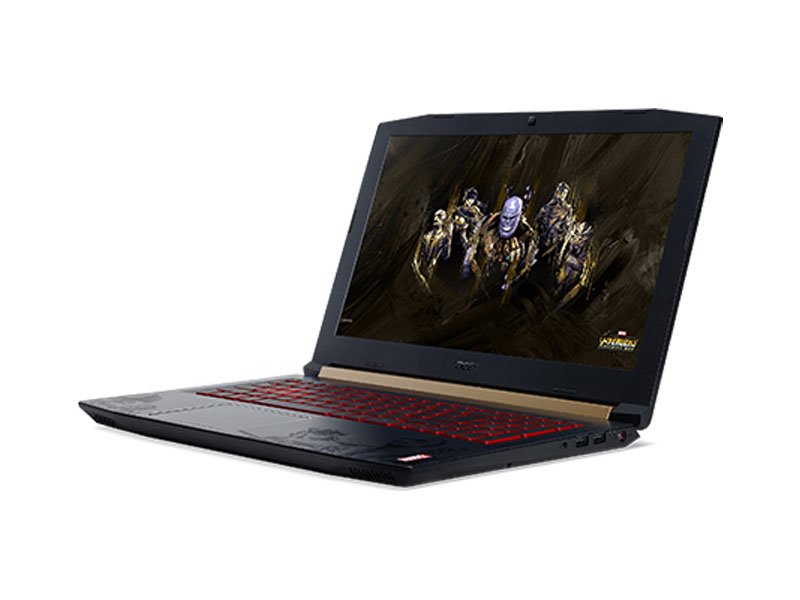 Iron Man Edition which weighs just 1.6kg and measures 17.95mm in thickness. The red coloured laptop features Iron Man’s signature arc reactor on the lid, which also glows when the laptop is powered on. This special edition Swift 3 uses an Intel Core i5-8250U CPU and features 8GB of RAM, a 256GB SSD, onboard graphics, and a battery that’s said to last up to 10 hours. You also get a 14-inch full-HD IPS display, Type-C port and Wi-Fi 802.11 ac.

Commenting on the launch, Chandrahas Panigrahi, CMO and Consumer Business Head, Acer, India, said, “We’re excited to work again with Disney Consumer Products and Marvel to bring technology even closer to consumers through their favourite characters. The Pixar 30th Anniversary Toy Story special edition of the Acer Aspire V13 we launched in 2017 was a huge success. With the new series of notebooks, we hope to engage fans of the Avengers and the Marvel Cinematic Universe; as well as users who are looking for a versatile notebook for work, for entertainment, and for exceptional gaming experience”.