Twitch, a subsidiary of Amazon, has announced a new program called “Free Games with Prime,” giving away a collection of free games with an associated Amazon Prime account. These, so far, aren’t any major AAA titles like DOOM, Call of Duty, or Battlefield, but they should all be fun games none-the-less. And who doesn’t enjoy something free, either? From a peek at the first two months, it looks like Amazon will be providing 5 free games to its Prime subscribers every month, but more on this promotion below. 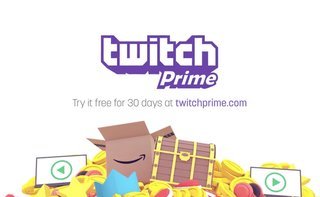 Following in the footsteps of its subscription competitors, Twitch Prime, which is included in Amazon Prime subscriptions, has now become more like PlayStation Plus and Xbox LIVE Gold by doling out a monthly allotment of free games. Sure these games will likely just be indie titles, but the streaming giant thrives on engagement and one of the main ways to entice new subscriptions and keep current subscribers is through freebies. The new initiative kicks off on March 15 and includes five indies, and is a major extension of the recent Indie Amplifier program.   The free games for March include:   Superhot Shadow Tactics Tales from Candlekeep Oxenfree Mr. Shifty