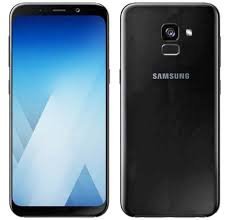 Samsung launched the S9 and S9+ worldwide recently. While the flagships are already available in the most parts of the world, Samsung is reportedly working on a mini version of the S9 in China with the model number SM-G8750. The device has now surfaced on the Geekbench benchmark application revealing few details about it.

The Geekbench listing of SM-G8750 reveals that it is preinstalled with Android 8.0 Oreo. The Galaxy S9 mini could be the first smartphone from the South Korean company to feature the Snapdragon 660 mobile platform. The SoC is coupled by 4 GB of RAM. In single-core and multi-core tests of Geekbench, the Galaxy S9 mini has respectively scored 1619 and 5955 points. The entry doesn’t give us much information either. It gives the SM-G8750 what is likely to be the Snapdragon 660, the latest mid-range chip from Qualcomm, paired with 4 GB of RAM. If it is indeed a Galaxy S9 mini, it should have at least the Full HD counterpart of Samsung’s Infinity Display, around 2220×1080 pixels and curved edges on both sides

Currently, there is no information available on the launch date of the Galaxy S9 mini. Since the South Korean company is testing the S9 mini in China, it may arrive with a cheaper price tag to take on the leading smartphones in the mid-range bracket.The ‘mini’ versions of these flagship smartphones are similar to what Sony (and earlier HTC) manufactures. They pack in hardware similar to their bigger siblings with minor compromises made on the display resolution, screen size and battery capacity, apart from the smaller physical size.