Samsung Galaxy A6 And A6 Plus

It’s not every day that we get to watch a video about an unreleased Samsung smartphone. The most recent device listed on TENNA the Galaxy A6+ (2018) and Galaxy A6 (2018) one of the smartphones that made headlines quite a few times in the last few weeks.

To recall the specifications that have been revealed so far, the Galaxy A6+ is expected to sport to be powered by a Snapdragon 450 SoC paired with 4GB RAM, and come with 32GB inbuilt storage. Earlier this month, both variants of the smartphone were spotted on the company’s official site. Additionally, another leak had outed the alleged specifications of the Galaxy A6 duo as well. Also, the Galaxy A6+ is expected to be the only variant that will sport a dual camera setup at the back.

The Samsung Galaxy A6 duo could include Infinity Displays in an 18.5:9 aspect ratio. The latest images do not reveal too many details about the hardware, but reports have claimed that it is powered by an octa-core Exynos 7870 SoC coupled with 3GB RAM, and features 32GB inbuilt storage. 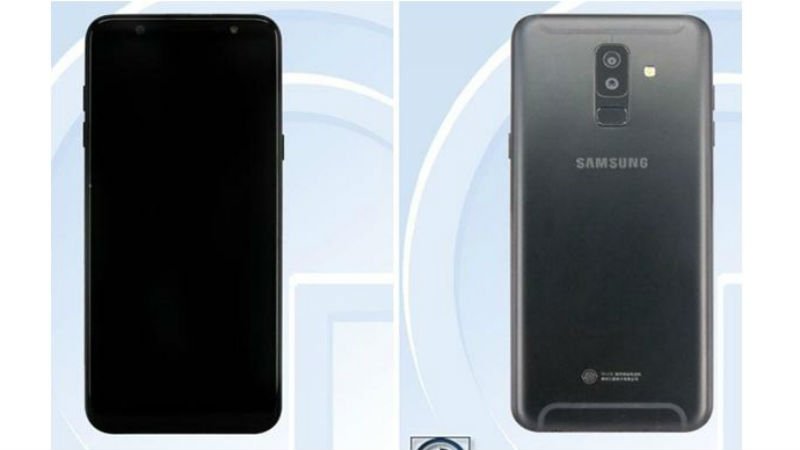 Samsung Galaxy A6 Plus

Coming to the A6 first, which is expected to be a cheaper variant out of the two, the smartphone will come with a 5.6-inch SuperAMOLED display with a screen resolution of 1480×720 pixels. The Galaxy A6 will come with 18:9 aspect ratio. On the hardware front, the smartphone is expected to be powered by Samsung Exynos 9 Octa 7870 chipset paired with 3GB RAM and 32GB of expandable storage. Reports are that in some countries Samsung may bring a 4GB RAM + 64GB internal storage model as well. The storage will most likely be expandable up to 256GB via a microSD card. The smartphone will run Android 8.1 out-of-the-box based on Samsung Experience.