Finally, the PUBG PC Lite is here. Now you can download and play PUBG PC Lite in India. You know what, this game is free! Unlike average PUBG PC that costs around $29. As we know, PUBG is a top-rated game, so that’s why Tencent decided to launch this game at free of cost. You can even play this game at low-end PCs and Laptops.

PUBG Lite for PC is still in its beta stage, so you might come across some bugs. There are only three maps in the game at this moment – Erangel, Sanhok and Miramar.

How to Install PUBG PC Lite

Players who pre-registered for the PUBG PC Lite will get some free stuff – a black scarf, punk glasses, bloody combat pants, etc. 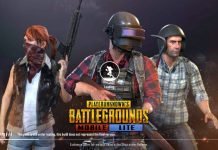 LG Launches his new smartphone in Korea with LG Pay |... Made in India, Designed in India AI-powered Glass | Staqu’s Smart...