Realme launched India’s first 5G Flagship smartphone Realme X50 Pro with Snapdragon 865 Processor, 64MP Quad cameras and 65W super dart charging. Earlier, Realme had plans for revealing this device at the Mobile World Congress Barcelona this week, but because of the event got cancelled, the manufacturer hastily launched it in India at today’s event.

The Realme X50 pro is 9.36mm thick bar-style mobile device and weighs just 207g. The Realme X50 pro is available in 2 unique colour options namely “Rust Red” & “Moss Green“. The device features a vibrant 6.44-inch Full-HD+ Super AMOLED display with 20:9 aspect ratio & 2400×1080 pixels resolution. The display looks inspired by Samsung’s previous-gen flagship, the Galaxy S10 Plus, all because of its punch-hole display, though the camera module is placed at the upper-left corner to make it look different.

This device has an in-display fingerprint sensor which is fast, accurate and is able to unlock the device in just 0.27 seconds. The face-unlock feature also works well and is accurate. Isn’t it great that you can unlock your device in less than half a sec? It also supports HDR10+ content, so watching movies and playing games at higher settings will pay off well. The display has a 100% DCI-P3, and 105% NTSC colour gamut that gives a true-to-life viewing experience. The X50 Pro features a primary 32MP Sony IMX616 sensor with an 8o-degree FOV and an 8MP ultra-wide-angle sensor with 105-degree FOV.

The primary camera uses the same 64-megapixel Samsung’s sensor that we’ve seen on other realme phones as well. The device has a quad-camera setup at the back that includes a 12MP Telephoto Lens which can zoom up to 20X, a 64MP Main Camera with 1/1.7 inch sensor size, an 8MP Ultra Wide-angle & Macro Lens and one B&W Portrait Lens with a large f2.4 aperture.

The device is powered by Qualcomm Snapdragon 865 processor clocked at 2.84Ghz along with the Adreno 650 GPU. Realme offers this device with 6/8/12GB LPDDR5 RAM along with 128/256GB dual-channel UFS 3.0 storage options to choose from. The Realme X50 Pro runs on Android 10 based Realme UI straight out-of-the-box.

The device has a massive 4,200mAh dual-cell battery that supports 65W Superdart fast charging which can easily fully charge the device in just 35 minutes. As for the 3.5mm headphone jack, this device trades it for a sleek and slender look. I think they have a strategy behind this to promote the Realme buds air. 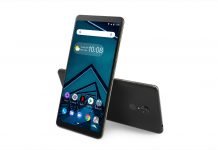 Nokia 7 Plus and Nokia 8 Sirocco now available in India...