Huawei will be introducing its first-ever smartphone with three rear cameras, called the Huawei P20 Pro in India within next few hours. It will also be taking the wraps off its P20 Lite smartphone at the event in New Delhi. The P20 Pro that was introduced earlier this year during MWC 2018 conference, is the company’s flagship for this year. However, the P20 Lite did not see the light of the day at the event so there are no details about its specifications.

Out of the two, the ‘Pro’ model has top of the line specifications and is expected to be priced equally ‘premium’. Nonetheless, the two smartphones are already being teased by Amazon India, indicating it to be exclusive to the particular e-commerce website. The Huawei P20 Pro is set to go on sale in India for ₹64,999 ($995), which is the same as that of the Galaxy S9+ in the subcontinent. Meanwhile, the P20 Lite will be available in the country for ₹19,999 ($305). Both phones will be up for sale starting May 3, and will be exclusive to Amazon India. We’ll know more about launch-day offers on May 3.

As far as specifications are concerned, the P20 Pro flaunts a 6.1-inch full HD+ OLED display with an aspect ratio of 18.7:9. It is powered by Huawei’s AI-based Kirin 970 octa-core SoC with a neural processing unit (NPU). The NPU is basically used for object recognition, and automatic screen recognition when clicking photos. There is also 6GB of RAM onboard, as well as 128GB internal storage.

The P20 Pro’s talking point however is the triple-camera setup at the back – a first on smartphones. The setup includes a 40-megapixel primary RGB sensor, an 8-megapixel 3X telephoto secondary sensor, and a 20-megapixel monochrome sensor. The cameras are Leica branded with apertures ranging from f/1.6 to f/2.4. The P20 Pro also lets you record 960fps slow-motion videos in HD resolution.

The rest of the features on the P20 Pro include a 24-megapixel front camera, face unlock feature, 4,000mAh battery with SuperCharge fast charging technology, and IP67 certification for water and dust resistance. Connectivity options include dual-SIM card slots, 4G with VoLTE, Bluetooth, GPS, and Wi-Fi. On the software front, the smartphone runs Android 8.1 Oreo with a layer of EMUI 8.1 on top. The Huawei P20 Pro is set to go on sale in India for ₹64,999, which is the same as that of the Galaxy S9+ in the subcontinent. The P20 Lite is a stripped down version of the P20 Pro for those looking to buy a Huawei phone on the cheap. But that’s not to say, that it’s lacking in terms of all-round feel and core hardware. It shares the looks — although it’s not glass but plastic and has a fingerprint scanner on the back — as well as the notch of the P20 Pro, as also sports a 24-megapixel front camera with portrait lighting feature, like the P20 Pro. It will be available in two colours: klein blue and midnight black. 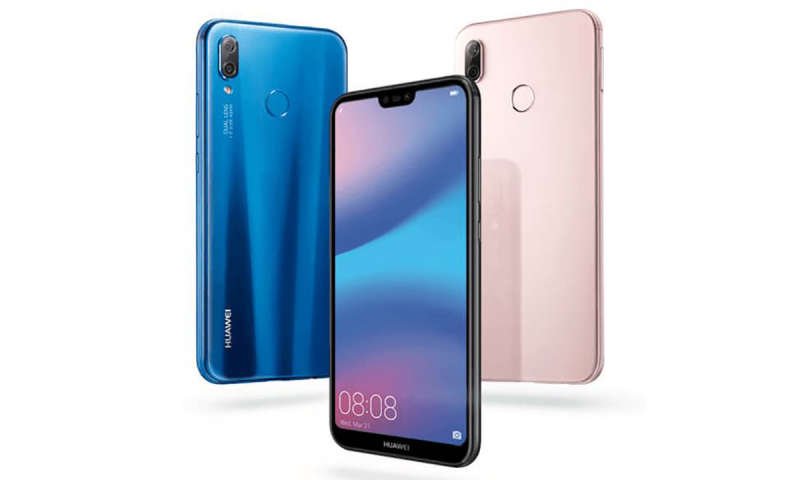