Huawei may launch its new smartphone with Three-lens AI camera 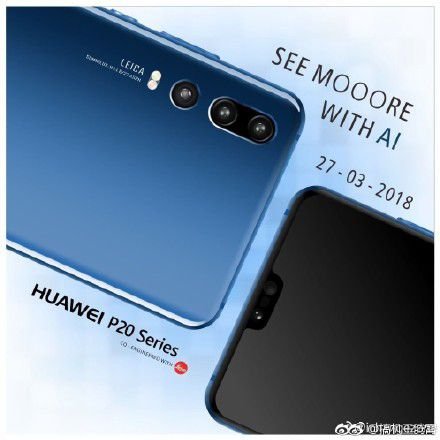 We found a teaser poster published on Weibo ( Chinese social media network) shows three rear Leica-branded lenses with rear dual flash and a notch on display like iPhone. As poster phone looks like it will come in blue and black color. The tagline we found on the poster is “See Mooore with AI”.  May be the three “o” is represented with three cameras. It’s the same tagline seen on an invite poster of Huawei. The event will will held on 27-03-18 in Paris, France. Where Huawei is expected to announce the P20. It’s not clear what kind of AI functionalities the camera will have, though it’s likely to include features like a low-light mode, smart face detection, and scene recognition.