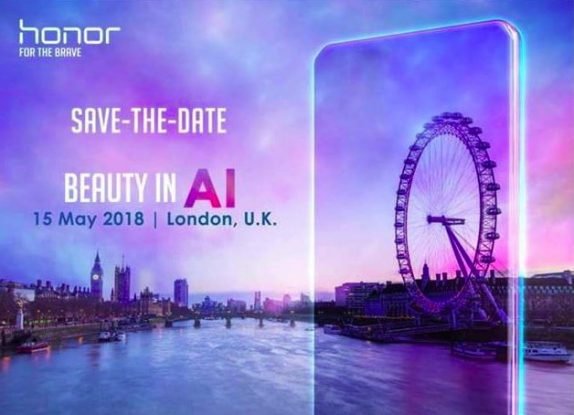 Huawei’s is gearing up to launch another smartphone under its sub-brand Honor. The latest phone to join Honor’s ever-growing lineup is dubbed Honor 10. According to some recent reports, Honor has already started sending out press invites for the launch event of the said smartphone. In all its glory, the Honor 10 is a successor to the Honor 9, which was a flagship phone from the company and falls into the same category as the Honor View 10.

The poster shows Chinese actor and singer Hu Ge holding the Honor 10 in his hands with only the back of the phone is visible. We can clearly see that the smartphone will be having a glossy back just like the Honor 9 Lite and it will feature a dual camera setup in a horizontal orientation with LED flash. As you may notice, both leaks confirm the presence of a frontal fingerprint sensor embedded in the home button. The handset is said to feature a 5.8-inch FullView 2160x1080p 18:9 display, also there is a controversial top-notch housing the camera and sensors. All the power will be driven by the Kirin 970 AI chipset paired with 6GB of RAM alongside 256GB of internal storage. As previously speculated, the Honor 10 will serve as a smaller brother to the Honor View 10, however, it doubles the amount of internal storage.  Honor 10 will be revealed at London on May 15th, however, the smartphone could appear as earlier as April’s end in China, with the UK event serving only as an Official international launch.