The disruptive Chinese smartphone maker is – apparently – already plotting a brand new device, despite having only launched its new OnePlus 5T in November. The next handset is expected to be called the OnePlus 6, although the phone remains largely mysterious for now.

Fortunately, a new report from gadget blog GizmoChina sheds some light on the matter. Citing anonymous sources, GizmoChina suggests that the current roadmap for the OnePlus 6 puts the launch “as early as March of 2018”. It goes on to write: “The launch is said to be sometime in the middle of March, with the phone becoming available by the end of the month.” The biggest new “feature” of the OnePlus 6 revealed so far is the iPhone X-like display notch. For now, it isn’t clear how exactly OnePlus will use the notch to provide a more immersive experience to the user. As far as the resolution is concerned, it is more likely that OnePlus will use a 1080 x 2280 resolution Full HD+ panel instead of a Quad HD+ resolution panel. 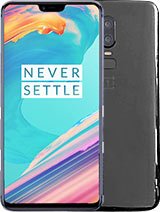 The mobile will be powerd by Qualcomm Snapdragon 835 and 8 GB RAM. 24+20 Rear camera. 3500 mAh battery with 128 GB of internal storage may be there will be some varients. All sensors included Light sensor, Proximity Sensor, Accelerometer, Compass, Gyroscope.  A certain rumor exists that says OnePlus could be one of the first manufacturers to use a fingerprint scanner embedded into the display and we expect it”s price will be starts from $560 (36,500 INR) to $620 (40,400 INR) for higher variant. It my be launch on 18 April 2018 Globally