Apple will do an educational event next week

Apple recently announced it would be holding a special education-focused event on March 27 in Chicago. The event came as a surprise since it’s been several years since Apple held a spring event and more than five years since it held an education-focused one. We’re curious to see what the company has in store for consumers, kids, and educators.

The last purely education-focused Apple event was in January 2012 in New York City. It was the launch of digital textbooks, and wasn’t about hardware at all. In the six years since, Google has gobbled up a huge swath of the US education market with its Chromebook and Google Classroom platforms. Apple is looking to turn the tide.

With that in mind, here’s our best guess as to what Apple could unveil in Chicago on Tuesday.

Editors’ note: This story was originally posted March 16 at 11:03 a.m. PT, soon after the Chicago event was announced. It has been updated with subsequent news, and a new prediction regarding AR.

Here is some things we are expecting to come out there

Even if they’re not mentioned in the educational event, we also expect the usual spring refresh of colors for Apple Watch bands and iPhone and iPad cases. These could be saved for an update on Apple.com following the event.

We’ll likely see the final versions of iOS 11.3, tvOS 11.3, watchOS 4.3, and macOS 10.13.4 seeded to developers and public beta testers this week, followed by an official release either next week or a release date announced next week. If Apple is really going all-in on iPads as the new computer, then something needs to be done to help the lower-cost iPad hit that goal. There are plenty of great Bluetooth keyboards, but Apple hasn’t made its own keyboard accessory. Its smart keyboard cover only works with iPad Pros via the Smart Connector. May be lower-cost iPads could also get the smart connector…or, maybe not.

Apple is supposedly working on updated iPad Pro models that borrow the Face ID technology found on the iPhone X. But we wouldn’t expect those to hit until later in the year, if they arrive in 2018 at all. Instead, a refresh of the entry-level 9.7-inch iPad, released almost exactly a year ago, is far more likely. It’s not fancy, but it’s by far the best iPad value, and a perfect candidate for the education market. A processor refresh, at the least, is due, and new cameras wouldn’t hurt, either. (Bloomberg’s Mark Gurman says a new entry-level iPad is, in fact, on deck; here’s how Apple could keep the price down. 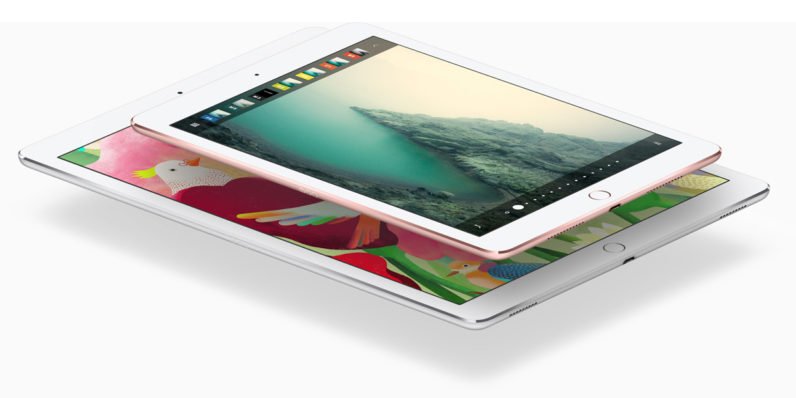 Apple is already a major player in augmented reality, and that could end up appearing in educational efforts. Google’s AR Expeditions initiative has already used phones with selfie sticks to explore solar systems in classrooms. Apple could be doing the same with iPhones and iPads, especially since ARKit is due to be updated with more functions.